the courage to trust, surrender, and embrace

Way, way back, at the beginning of 2015, (okay, so maybe it’s not that far back, but it feels like it is), I picked my three words for the year. They were to be my mantra, if you will, to set me back on course if, God forbid, I should veer off and find myself heading toward, oh, say, a ditch of some sort.

These words were the words that flooded in immediately, without thinking and obsessing and worrying, as had been my customary practice for a long time. So me being of very evolved consciousness, took one look at those three words that tumbled out and thought, Oh shit! Not that! Anything but that!

And interestingly enough, every time since, when I have found myself frustrated or upset or tied in knots, it would dawn on me – what was missing was trust, surrender, and embrace – my three words. And they would get me back on track.

Fast forward to this morning. I was playing at a particular spiritual center for the first time. I was only supposed to play one of my original songs during the service, right before the reverend’s talk, which I did. Done.

I find it fascinating that when you are on a path of transformation, opportunities for that transformation arrive all the time. They do not schedule an appointment time or place with you. If you say, “God, I want to break free of my limiting thoughts and beliefs and stand in the fullness of who I am and what I was created to be,” then watch out! The Universe will provide you with many “here’s your chance” moments to do just that.

It sounds really good on paper. I can be all kinds of courageous in theory. I’m a whirlwind of bravery at my computer keyboard, but what do you do in the moment when you feel compelled to act on what you said you wanted?

So there I was, at the piano, sitting quietly, while the reverend was delivering her message. And her message was everything I’d been working on and dealing with over the past few years. It was about believing the truth and not every little thought that pops into our imaginative little brains. The truth. And not that negative thing someone said to you as a child, or a few years ago, or last week, or yesterday, for that matter. The truth. And not the lies we tell ourselves to rationalize why we can’t have the lives we truly want. The truth. The truth of who we are and whose we are and what is possible if we would but let go of the beliefs that do not serve us.

Wasn’t this the genesis for the CD I’m finishing? Wasn’t this the title song? Wasn’t this what I wanted to put out into the world? But you can’t have what you are not willing to be. So if I want to encourage people to follow their hearts, to allow themselves to dream bigger than what the world might deem sensible, to step boldly forward into their greatest desire and highest calling, then I had to be willing to do that in this very moment. Not in theory. Not on paper. In real life. Now.

I began having an internal dialogue while the good reverend was finishing her talk. “Don’t do this, Ilene. It’s your first Sunday here. It could be your last. You’ll be pushing the envelope and you are not an envelope pusher.” (This is fear talking, by the way.) “You did just fine with the one song. Everybody liked it. People will think you’re full of yourself if you just sing another song right now, because you feel compelled. Stick with what you are supposed to do.” (Still fear talking.)

But there was another voice. “This is what you were put here for. Someone needs to hear this today, and you may not know who, but you know this is why you’re here today.” (Let’s call this voice “the one that knows.”) “This is your chance to claim that fullness of you, step into it, own it. Never mind the fear. Never mind if they will have you back or not. Never mind whether or not you are a reputed envelope pusher or not. It is now, it is you, and you are ready.”

I took the leap and sang the song. I decided today was not the day to shrink back into oblivion. I’ve spent too long there. It’s not fun. And this may not have been tackling Mount Everest, but we each have our own Mount Everest to scale. I’ll never know who that song was supposed to reach today, but I do know that I was the recipient of the opportunity to be and not just have the life I wanted. And that was a gift to me.

Acts of faith seem terrifying – the not knowing, the taking a step when we’re not sure if there’s a cliff we’re about to step off or solid ground beneath us. But we’ve gotta dare to take the step. We get to grow each time we do. Our lives don’t transform until we transform. And it’s not always the Red Sea parting. It’s the small steps, it’s the learning to listen to that part of us that knows that we know, and daring to trust it.

Whatever it is you want for your life, I hope you dare to trust that part of you that knows, surrender the attempts to control it, and embrace the magic and the mystery and the love that surrounds us all.

Peace and Blessings to you always,


Ilene
Posted by Ilene Angel at 5:59 PM No comments:

I know, I know. After the update with the Kenny Loggins duet announcement, you’re wondering, can she keep this going? Can this level of excitement be sustained?

We’re up to the “icing on the cake” stuff, as far as I’m concerned, the miscellaneous additional instruments that make the sweet sweeter. And the background vocals that take the record to the area of spectacular. (Can you tell I’m really, really excited about this?!!)

So in today’s (snowy) installment of “Meet the Players,” I’m introducing you to Everett Bradley on background (and some featured) vocals.

Have you ever met anyone who just oozes talent out of every pore of their being?

Have you ever met anyone who simply radiates love and joy and light?

And have you ever met anyone around whom you feel good just being in their presence?

So getting to work with Everett Bradley has been one of the most fun and truly fantastic parts of making this record.

Where would you know him from? Well, he’s on TV five days a week as the bandleader/musical director on The Meredith Vieira Show. But when he’s not on TV, you might have seen him touring with this rock guy named Bruce something-or-other. Springsteen – that’s it!!! Bruce Springsteen. Or maybe you saw him on Broadway in After Midnight. Or maybe it was back when he toured with Bon Jovi or Hall & Oates.

The point is he has contributed his awesomeness to this project and I cannot wait for you to hear it!

As always, I am reminded that I would not have this opportunity without all of you who said “Yes!” So thank you, again. And a huge thank you to you, Everett. You are such a gift. 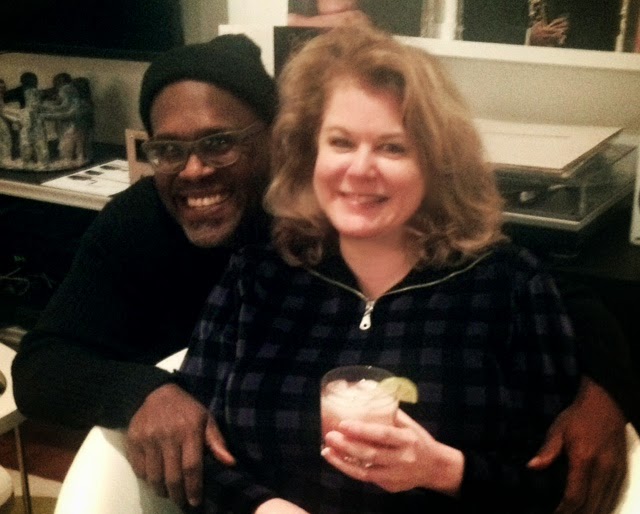 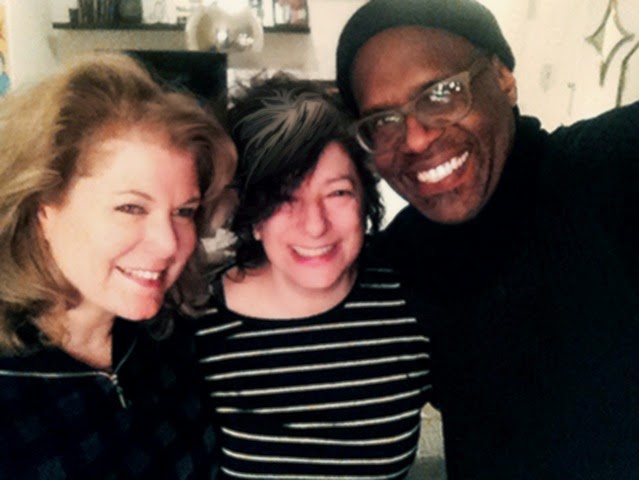 Me, Tanya Leah, & Everett Bradley
Posted by Ilene Angel at 3:14 PM No comments: