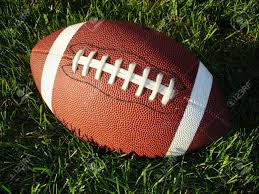 It’s time for my annual Super Bowl blog, the day when I traditionally run through the roster of football players’ names I actually know, which used to be limited to those contestants on Dancing with the Stars, a miscellaneous Manning brother, the guy who crosses himself, and Joe Namath.

Unfortunately, I stopped watching Dancing with the Stars when they started dancing around barefoot. WTF with that?! It’s not ballroom. Put on a sparkly dress, a spray tan, some heels, and tango, dammit.

Anyway, all that to say, I don’t know too many football players these days. Oooh, wait - Tom Brady. But I think he’s a Trump supporter, so clearly traumatic brain injury has already set in. Bless his heart.

As if the pandemic wasn’t enough to make it clear that the world is irreparably different, there will be poetry at the opening of the Super Bowl.

Complex rhyme schemes spoken live in front of a bunch of millionaire-oversized men, paid to jump on each other. Did I mention the traumatic brain injury thing?

You can bet I’ll be tuning in for Amanda Gorman’s riveting words, and I really appreciate the heads up about it being at the beginning, so I don’t have to, you know, watch the game. Me, I actually AM a poetry lover.

And if someone would be kind enough to let me know when it ends, so I can tune in for The Equalizer with Queen Latifah, that would be awesome.

Before we go any further, let’s talk about snacks. Just because I don’t like football doesn’t mean I can’t get onboard with snacks. Chips, wings, and Lipitor for everyone, that’s what I say.

I was supposed to be doing a virtual chili cook-off on zoom today, but I’ve had a migraine for close to a week, so I decided my time would be better spent on the couch here with you…and binge-watching the last few episodes of Schitt’s Creek.

Oh, don’t get me started on how much I love Schitt’s Creek. I’ve been sipping the seasons like a fine wine, savoring each delicious moment with the Roses. I do not want it to end. But alas, I know it will…tonight…while everyone else is watching the Super Bowl.

Now is the time I would normally impress you with my knowledge of the competing teams, but frankly, who cares.?!! I got no skin in the game. And seriously, you should be impressed with my usage of that phrase right there. I believe I bandied it about correctly in this instance.

Well, it’s time for me to go do physical therapy with my father. If you really want to see something impressive, it’s not a touchdown by professional athletes. It’s watching a 92 year-old man summon the strength he really doesn’t have, so he can stay mobile and living at home.

I hope that whatever your Super Bowl plans are, you stay safe and well and have a good time.

Posted by Ilene Angel at 4:06 PM No comments: