the Book of Life

In the Jewish religion, as the sun set last night, the Day of Atonement began. It is a solemn day, a quiet day, a day to reflect and to pray for the coming year ahead.

When I was a child, I used to think that the Book of Life that was spoken about was a real book, and that we would either fail to measure up and not be written into it, or we would miraculously make the grade and find our names there.

Now I see the playing out of our lives as more of a team effort, if you will, with more in our own hands than we would like to think. It is daunting to be responsible for our own lives. It is easier to absolve ourselves of the responsibility and say it all rests beyond our reach. And maybe some of it does, but not all of it.

If it is true that we are made in the image and likeness of God, then we’ve been selling ourselves short for far too long. We, too, are creators, able to fashion the world we are given into something of beauty and love and light. Is that what we’ve done? Is that what we are doing? Is that what we will do?

If we are created from the Divine force of good, of love, and of mercy and compassion, is that who we are showing up as now?

This is a day to reflect on that. This is a time to take stock, to decide, to repent, to wipe the slate clean and start anew. But the truth is every day brings with it that opportunity, if we would but avail ourselves of it.

In the Jewish religion, we must first seek forgiveness from those whom we have wronged, before we ask God for it. And we must forgive others before we ask forgiveness of God. In short, we must clean up our own messes. And I believe this would be a different world and we would lead far different lives if we did this every day.

So let me start by saying, if I have hurt or wronged you in any way, I am sorry and I ask your forgiveness.

I’ve been thinking a lot about forgiveness lately, because I lost someone recently who had been in my life and that I genuinely considered a friend. I did not lose them to death. It was much worse than that. I lost them to unadulterated honesty.

I suppose I should be grateful that I’ve never experienced this before in my 50 years. And I am. But I am also wondering what the lesson is, because not to come away in some way better for any experience is a waste of the experience.

Who we are when we are treated unfairly or meanly matters. Who we are at our best moments and our worst moments should not be all that different from each other. It is not our job to help karma along. (I know, karma in a Yom Kippur blog? I’m inclusive of all traditions. Let’s just leave it at that.)

So on this Day of Atonement, I pray to be a loving heart, a forgiving spirit, and compassionate listener, a perseverant peacemaker and a bringer of hope to all whose paths I cross.

I pray to sever the bonds of unwillingness that would keep me playing small and residing in pain, bitterness, and resentment. I have no need for those things, so I lovingly release them now.

I pray for the strength to walk the road that would most benefit this world with the time I have left, however long that may be.

And yes, I pray for both you and me to be inscribed in the Book of Life.

Whatever your beliefs may or may not be, I wish you peace in your heart, joy in your soul, and abiding, eternal love now and always.
Posted by Ilene Angel at 10:36 AM No comments:

The passage of time tints the lenses through which we view things. Our experiences add up to this day and our current lives, and if we’re lucky, those experiences not only provide wisdom, but they soften us in a way that only the terrible beauty of life can.

I don’t know what 9/11 feels like today in other parts of the country. I don’t know that it carries the palpable solemnity that it does here in New York. Here, the wounds seem fresh, though fourteen years have gone by. And the way the world and we changed forever because of that day seems almost more tragic than the lives lost.

It is difficult to look at today’s societal landscape and not think that all of that has been lost, that is was but a fleeting moment in time. And if it didn’t teach us a lasting lesson of compassion for one another, then maybe the lives lost truly were in vain.

History repeats itself when we fail to learn the lessons it would teach us. That’s why the words of Dr. Martin Luther King ring truer today than when he said them:

The word “love” today is mocked. It is not considered a viable political stance, or spoken of as a way of showing up in the world. And those of us who consider it the only option, and the only way of showing up in the world are thought of as somehow immature or lacking in practicality, when, in fact, we have tried the other way for centuries, and in our current lexicon of “How’s that working for ya?” it is clear that it has not.

Love is the difficult choice, the mature choice, the evolved choice, and the choice that demands the most from each of us. How many of us consider ourselves followers of a Judeo-Christian faith, where we are explicitly commanded, yes commanded to love one another? I often think that if God were in human form right now, he’d be gently weeping with his head in his hands and consider this whole creation of man and free will thing to be a colossal failure.

I know I sound like Debbie Downer here, and maybe it is the weight of hearing each name read aloud, one by one, but I can’t help but think we can do better, and that not to do so is tantamount to spitting on the graves of the lives lost to the kind of hatred that fills our worst nightmares.

If 9/11 taught us anything, it is that what we take for granted can be gone in the blink of an eye – the ones we love, our sense of security, our way of life. There is no way around the fragility. There is no certainty.

If right now was your last moment before the skyscraper of your life came down, what would your last words be to those you care about most?

What would you most regret leaving undone or unsaid?

What would you want those left behind to remember about you?

What would you want the summation of your life to be?

This is what we are called to contemplate today. This is the gift of this moment of remembering.

So whatever words you would say, be they “I love you,” or “I’m sorry,” – say them now. Whatever thing you’ve been putting off, whatever longing in your heart, whatever dream you once had for your life – do it now.

Let’s say a prayer for those who died and those who lived. And if we are to bear witness to anything, let it be to the eternal power and triumph of love.

Thanks for stopping by, and please know that whether you are stranger or friend reading this, you are cherished. 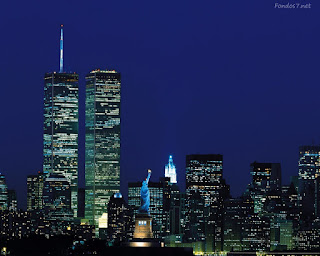 There’s a simple rule in entertainment as in any successful business – know what the people want and give it to them.

In the days and weeks leading up to the premiere of The Late Show with Stephen Colbert, there was much speculation about who Stephen Colbert actually was, how much of what we’d seen up until now was a made up persona, and which version of whom would be hosting The Late Show.

I don’t mind telling you that it’s been a tough year for a talk show junkie like me. I come by my talk show addiction honestly, having grown up with the yardstick of Johnny Carson, Merv Griffin, Mike Douglas, and Dick Cavett to measure future talk show hosts by.

I should also say, in the interest of full disclosure, that it’s entirely possible I was in some required college science class with Stephen Colbert, since we were both at Northwestern the same years. I wouldn’t know if this was, in fact, true, of course, because I was asleep through much of my required science classes, and therefore have no recollection of classmates or anything else from it. You, Stephen?

I, like Colbert himself, watched David Letterman from his inception in late night, and also reveled in Jon Stewart’s entire tenure at The Daily Show from first show to last.

So saying farewell to Craig Ferguson, David Letterman, and Jon Stewart in less than a year, left me not only bereft, but relegated to watching what was left of late night television.

I mean no disrespect to the two Jimmy’s, James, and Seth. They all seem like lovely people. I just don’t find celebrity drinking games and reenactments of Paula Abdul videos to be my particular cup of tea when I tune in to watch a talk show. (And I also mean no disrespect to alcoholic beverages or Paula Abdul. Both have provided wonderful entertainment at the appropriate times.)

I was a bit worried that all the hype leading up to Colbert’s debut would only leave us disappointed if, in any way, he didn’t live up to expectations.

Short of giving everyone a car like Oprah, I’m not sure what he could have done better. I bought in. I was immediately hooked…and reassured that I would have something to watch every night from now on. Order has been restored to my world. Thank you, CBS.

I know that we as a society love to build people up just so we can tear them down. We dub people kings and queens of things – the King of Pop, the Queen of Soul. Okay, so maybe it’s just musicians that do that. But the point is I am predicting that The Late Show will reign triumphant for years to come, because, as it turns out, what we wanted and they gave us…was Stephen Colbert.

Thanks for stopping by. Please tell your friends.
Posted by Ilene Angel at 3:43 PM No comments: