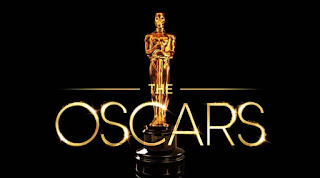 It’s Oscar Sunday, or as it’s known in my family – Christmas.

This year, I’ll be spending it with my father…and a bag of 100 calorie popcorn.

I’ve seen only three of the movies, but that’s never stopped my enthusiasm for the experience.

I’ve been obsessed since early childhood with the whole event, although in recent years, the Golden Globes have become fun to watch because most of the people are drunk. At the Oscars, they’re just hungry.

I have no idea what tonight will be like without a host. It’s like throwing a party where no one takes your coat at the door and sees to it that you have a good time.  I don’t get it.

As for me, I have always wanted an Oscar. While most kids were probably fantasizing that their big win would be the coveted Best Actress award, my dream has always been Best Original Song in a Motion Picture.

I was the kid who read album liner notes, and I’m the adult who sits through all the credits at the end. I think respect should be shown for all the people who made the movie, no matter what you think of it, love it, hate it, whatever – it took a lot of people a very long time, effort, energy, blood, sweat and tears to make it. Respect must be paid.

I know everyone will be giving their own blow by blow, complete with “what were they thinking?!” While I definitely have my own opinions, I only like posting things that are positive. It's destructive to be mean. No one can undo a dress or a performance. Everyone’s trying their best, and frankly, I’m here to celebrate movies and all the people who make them.

I’m keeping the blog short this time and wishing you a happy Oscar night. Whatever your dreams are, I wish you a renewed sense of passion and possibility.