Redemption and Resurrection in 2021

Every year, I write a blog during the Passover/Easter week about redemption and resurrection. This year, in particular, I feel like I myself need to reflect on it more than ever.

On Passover, we celebrate going from slavery to redemption as a people, but in order to do that, at least biblically speaking, we had to accept God in such a way that we would agree to be obedient to His set of rules.

Frankly, if the Ten Commandments were all there was, I’d be fine with it. I think the world would be pretty good if people just adhered to even two of the ten – don’t kill anyone and quit taking what isn’t yours. (I’m paraphrasing a little.)

But the world doesn’t really adhere to any of the commandments, as I see it, and so we seem to be in a bit of a pickle, and I haven’t even gotten to Christianity yet.

We’ve become enslaved to so many things – to our fear, to our needs, to our politics, to money, to the idea of what we consider the true God or religion to be, to seeking vengeance and retribution, to wanting more, to settling for less. We are slaves to the constant barrage of headlines and sound bites, to MSNBC and Fox. We are slaves to our negative thoughts and stunning lack of faith in the one thing, the embodiment of which would solve all our troubles – love.

We have put ourselves in shackles and said, “That’s just the way the world is.” We are holding ourselves captive, and I don’t mean by quarantining during the pandemic.

Speaking of which, I don’t want to burst your bubble, but it’s not over. And for those of you who want it to go back to the way things were before the pandemic, I’m sorry to break it to you, but it can’t and we won’t.

Loss changes us. I will never be who I was a year ago, nor would I want to be. Stunning and staggering pain doesn’t just impact us negatively. If we let it, it can be the bridge to our transformation into something better. It can be the road to our redemption.

I know so many people who have felt like caged animals for a year, pacing, gnawing, seething, trying to break free. But freedom, much like happiness, is an inside job. We will never be freer than we are in our minds, souls, and hearts. Until we master the thoughts we are slaves to, no amount of running around will suffice to satisfy that longing deep within.

What we’re longing for is resurrection, which is the perfect segue to talking about Jesus. I know, my family gets a little nervous when I start talking about Jesus and resurrection, but I have known since early childhood that He was sent to be the human embodiment of what love is supposed to look like. Shocking that we couldn’t figure it out for ourselves, but no, evidently we couldn’t.

I remember asking an orthodox rabbi in Hebrew school when I was young, if Jews believed in resurrection. For those keeping score, we do. We just can’t seem to agree on who the Messiah is and when we’ll all be resurrected.

Anyway, my point is that it is time to resurrect our lives and this world, in such a way that there is no doubt what love looks like and in whose hands the responsibility for it lies.

As I envision a post-pandemic life, I try to see my future self simply as happy. Ecstatic, in fact. It occurred to this goal-driven writer, that historically speaking, I have always thought my happiness would be found in achieving certain goals. And if there is one enslaved way of thinking I choose to release right now, it’s that. And if there’s one thing I’d like to resurrect, it’s the idea that happiness is, in and of itself, the goal, the journey, and the place I choose to reside.

Are there things I want to do? Yes. But if I can’t find happiness every step along the way, then I won’t find it when I get there, either.

I want to release my enslavement to things having to look a certain way, and resurrect the idea of flow and ease. Wow, that seems foreign to me, even as I say it.

I think we have lost our way. I think we have forgotten our own divinity, not to mention God’s. I think we need to think bigger, be bolder in our declaration of what we want, and take a leap of faith in the direction of a world that works for everyone, where nothing happens to us, but it all happens for us.

The stories of Easter and Passover are not about slavery and crucifixion. They are about redemption and resurrection. In the worst moments are found the greatest potential for miracles. I think that is the takeaway.

So wherever you find yourself this moment, I hope you can pause long enough to see God in yourself, to practice being love, and to know that at any given moment, we are poised for the miraculous to take place, if we would but trust it.

Peace and blessings to you all… 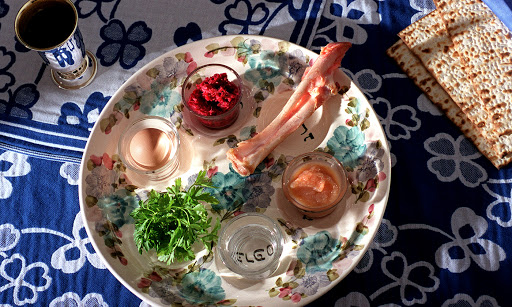 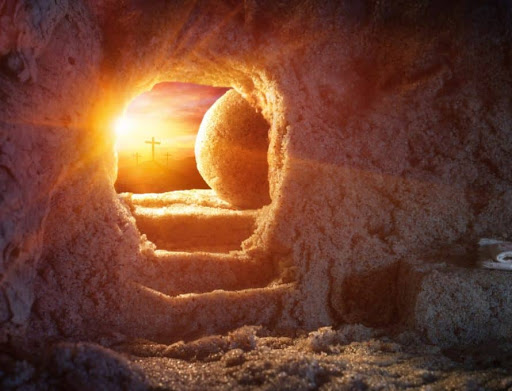